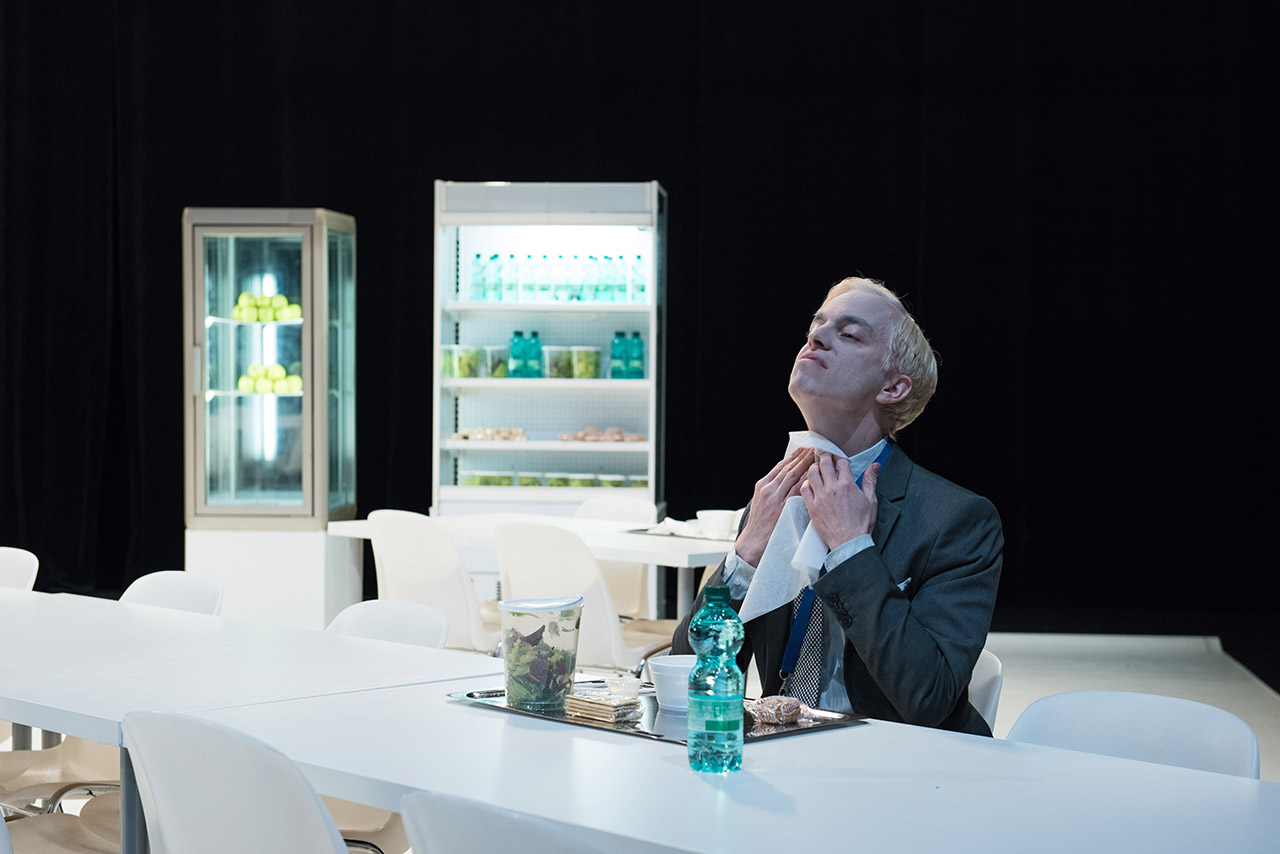 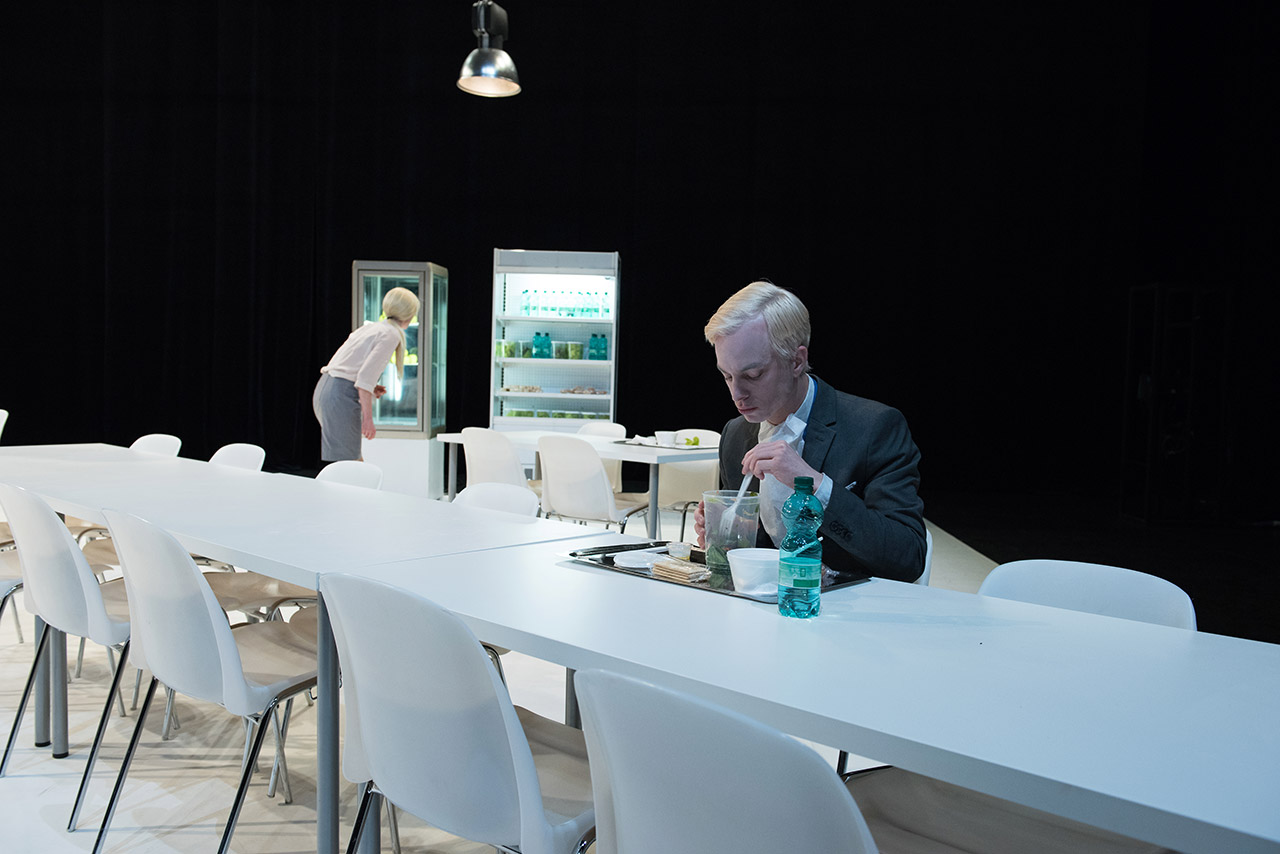 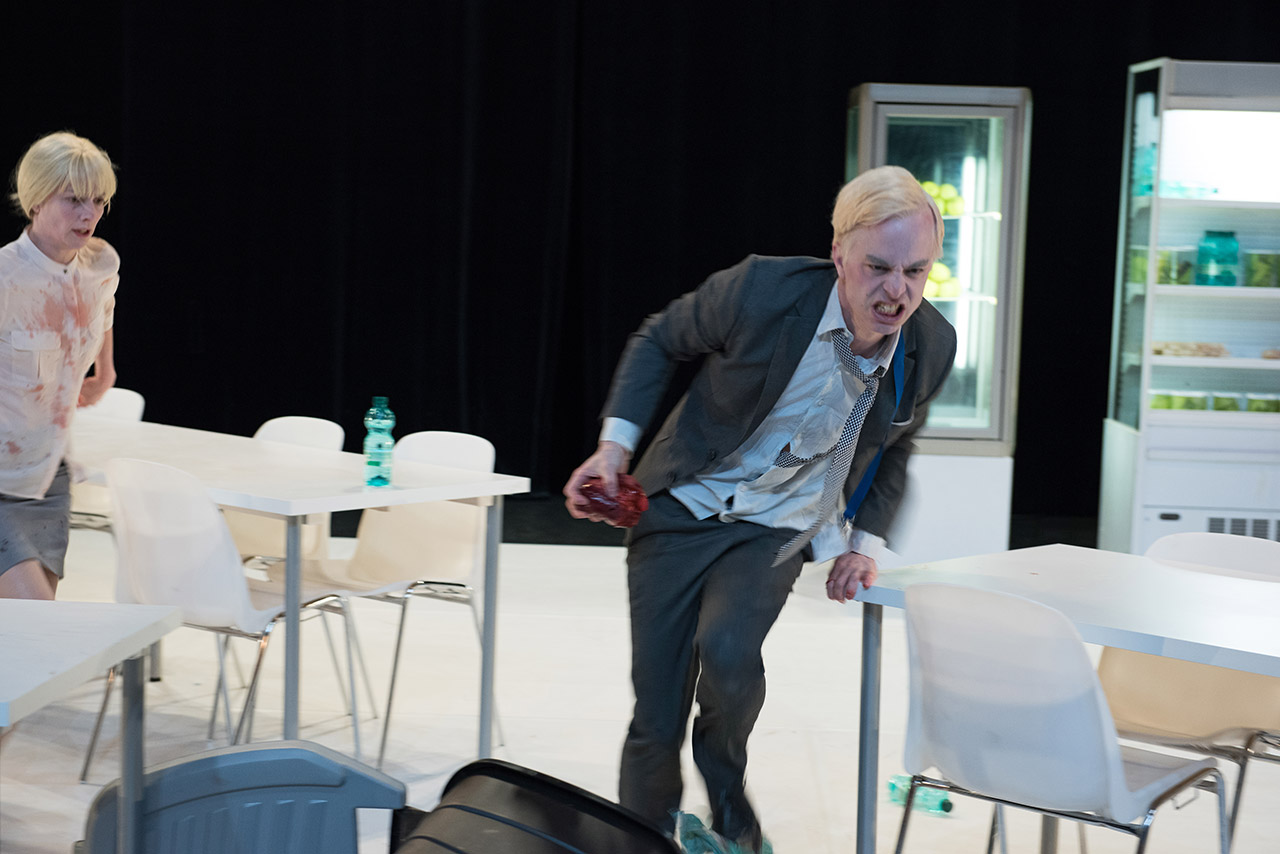 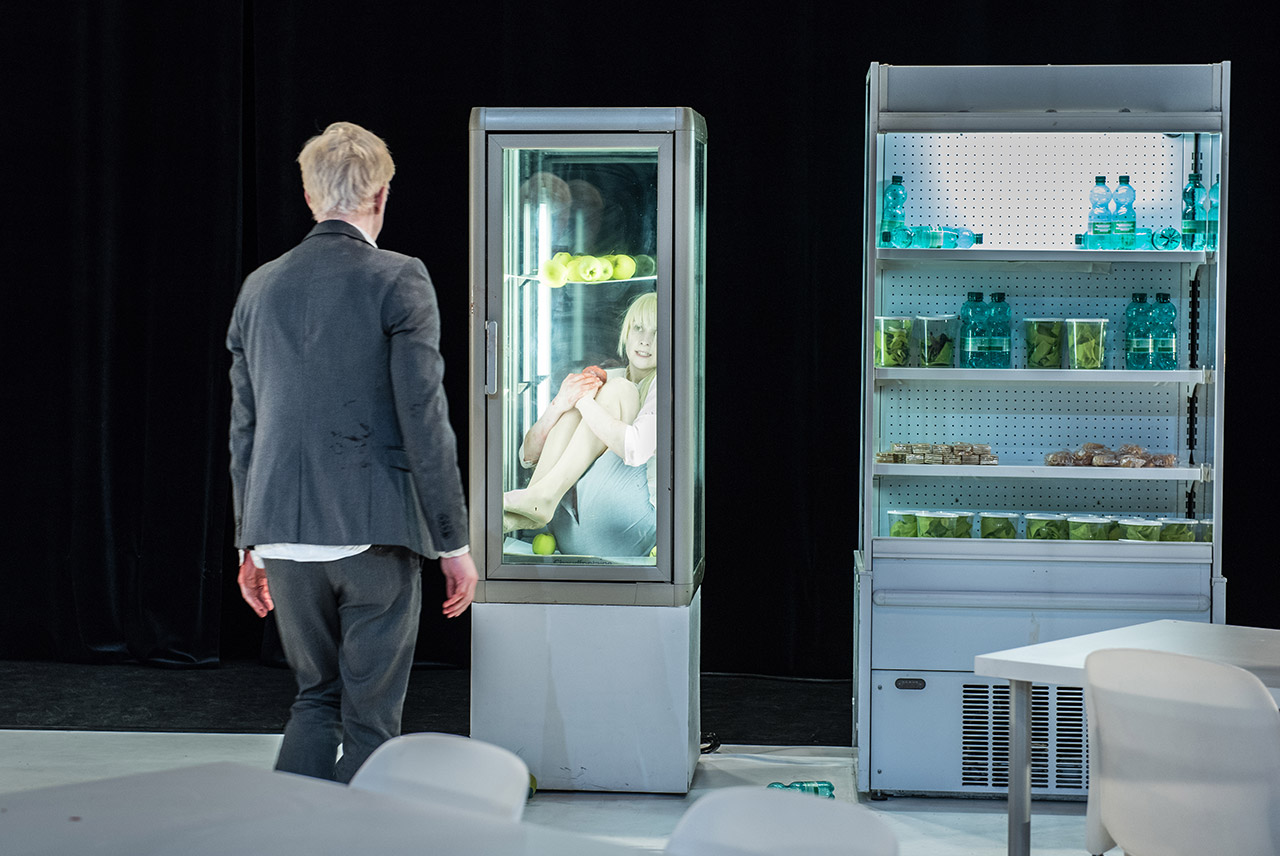 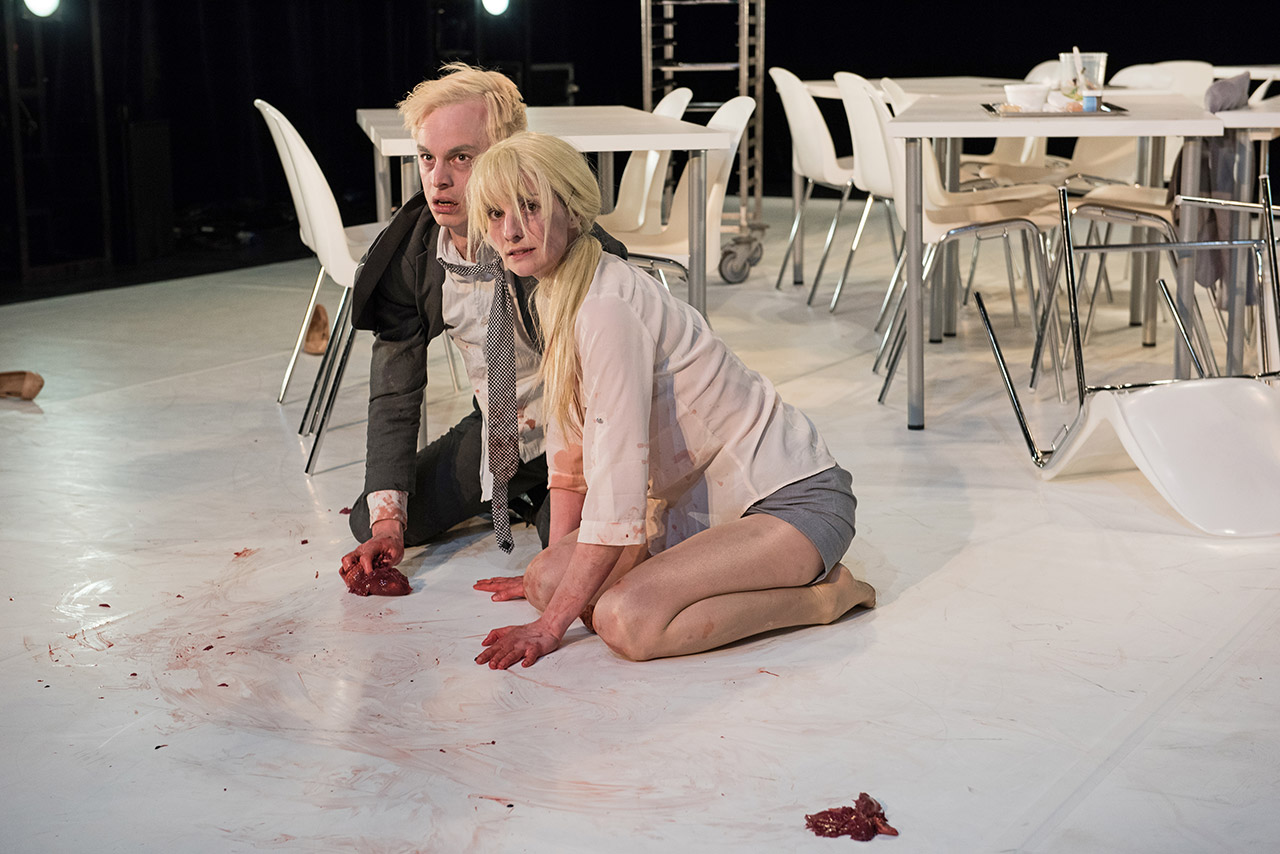 Once again, Marta T. and Angus P. spend their lunch break in the company canteen. However today, in between two mouthfuls, Marta T. launches herself at her colleague while he repeatedly tries to strangle her.

What strange discovery could have interrupted their meal? What drove them to this frenzied, animalistic fight?

In Frozen, Aurelio Mergola and Sophie Linsmaux add depth to the oddball, offbeat and audacious world they created by diving into the daily lives of their two antiheros.

There is an image at the heart of Frozen, that of a butcher’s van open to reveal bulky meat carcasses hanging from a hook, then being carried, bleeding, on a butcher’s shoulder. Beyond its aesthetic beauty, this image testifies to the fragility of these chopped-up bodies, exposed in an urban context. Witnessing their unloading in the middle of the street, seeing the contrasting image of the urban and the intimate, the living and the lifeless, affects us. This picture reminds us of our own status as creatures of flesh and blood. It makes us aware of a world buried within the darkest depths of our own bodies, a world that we barely know, made of our insides, our intestines and our guts.

On the outside, nothing is excessive or contradictory, but under our clean, controlled exteriors lies a heap of blood, bones, flesh and organs. It is a coherent mess of viscera and tissues that remind us of the fragility of the human condition.
The artists want to explore this normally hidden world today, to get under the skin, taking off more and more layers and turning the stage inside out to reveal something altogether more interesting.

In Frozen, we rid the body of its outer layer and in doing so reveal another facet of humanity that is buried deep within all of us.