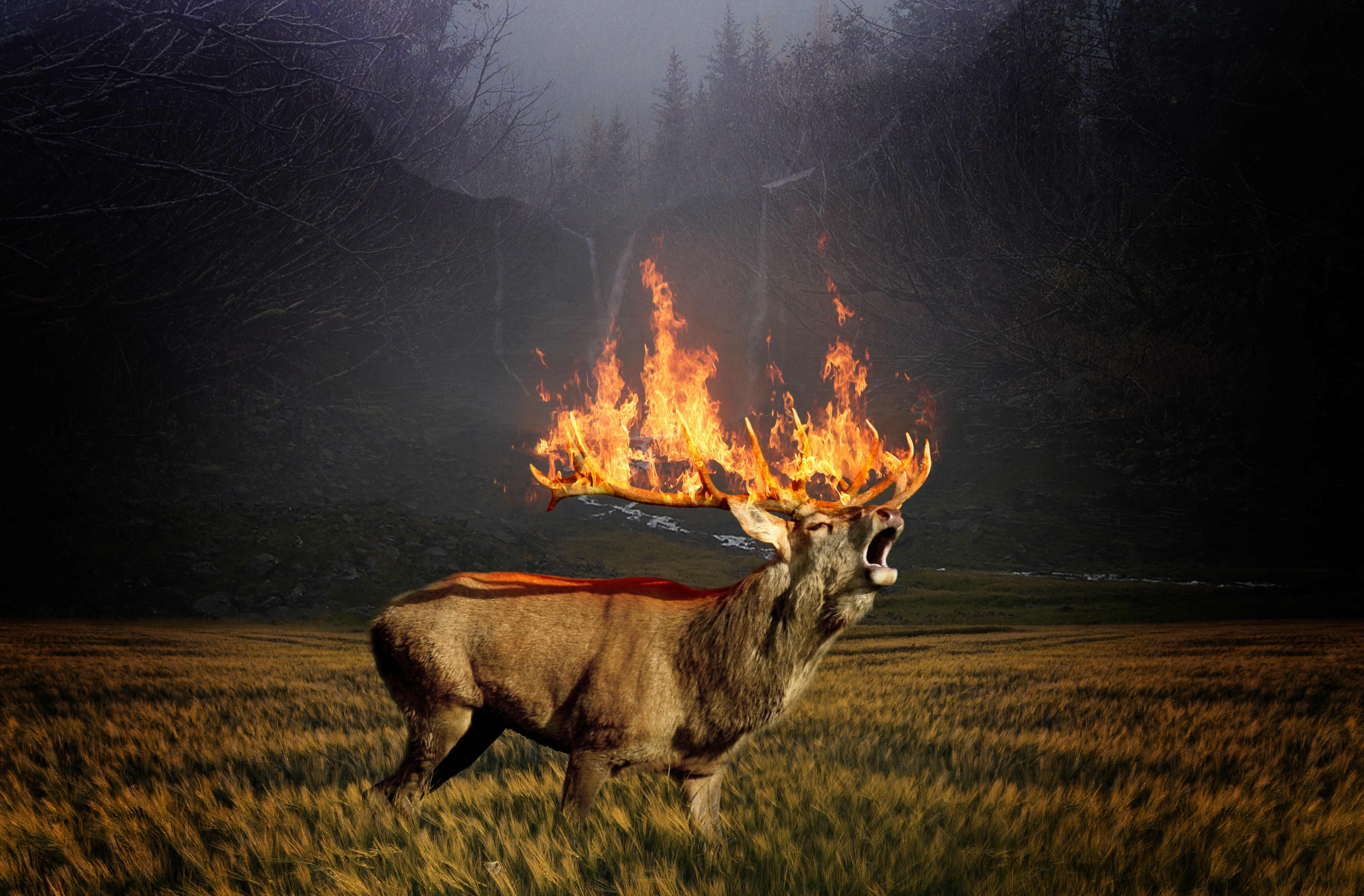 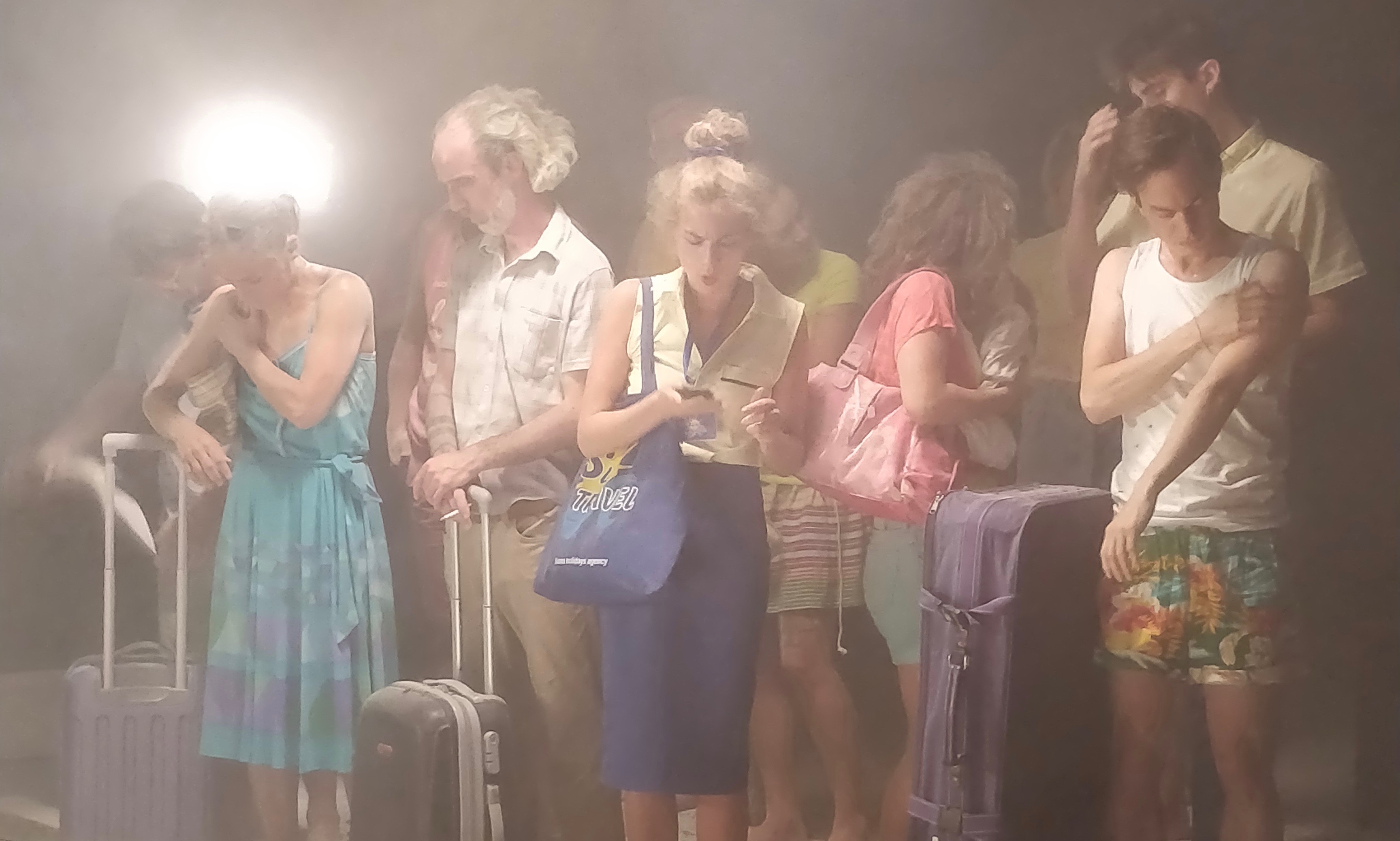 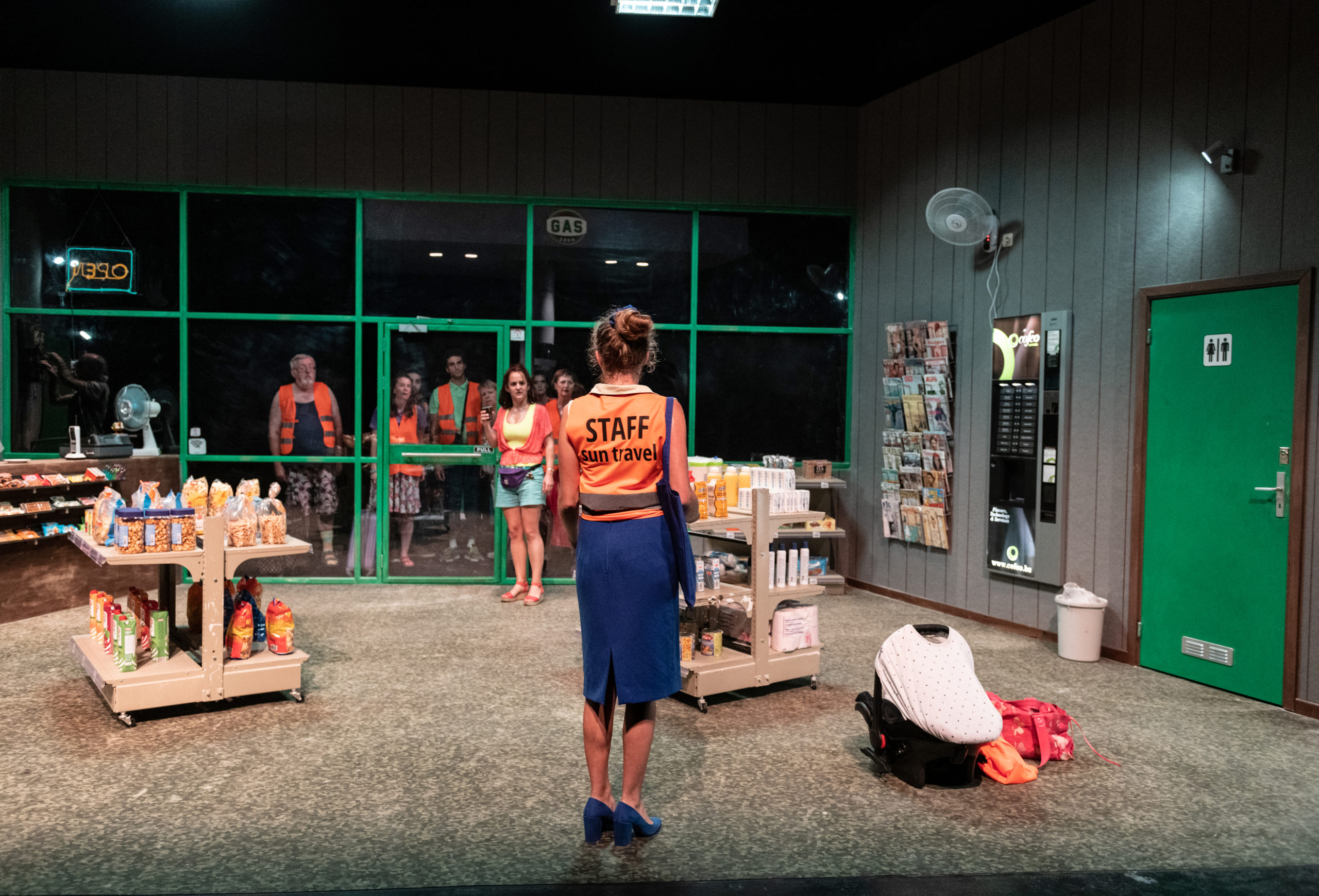 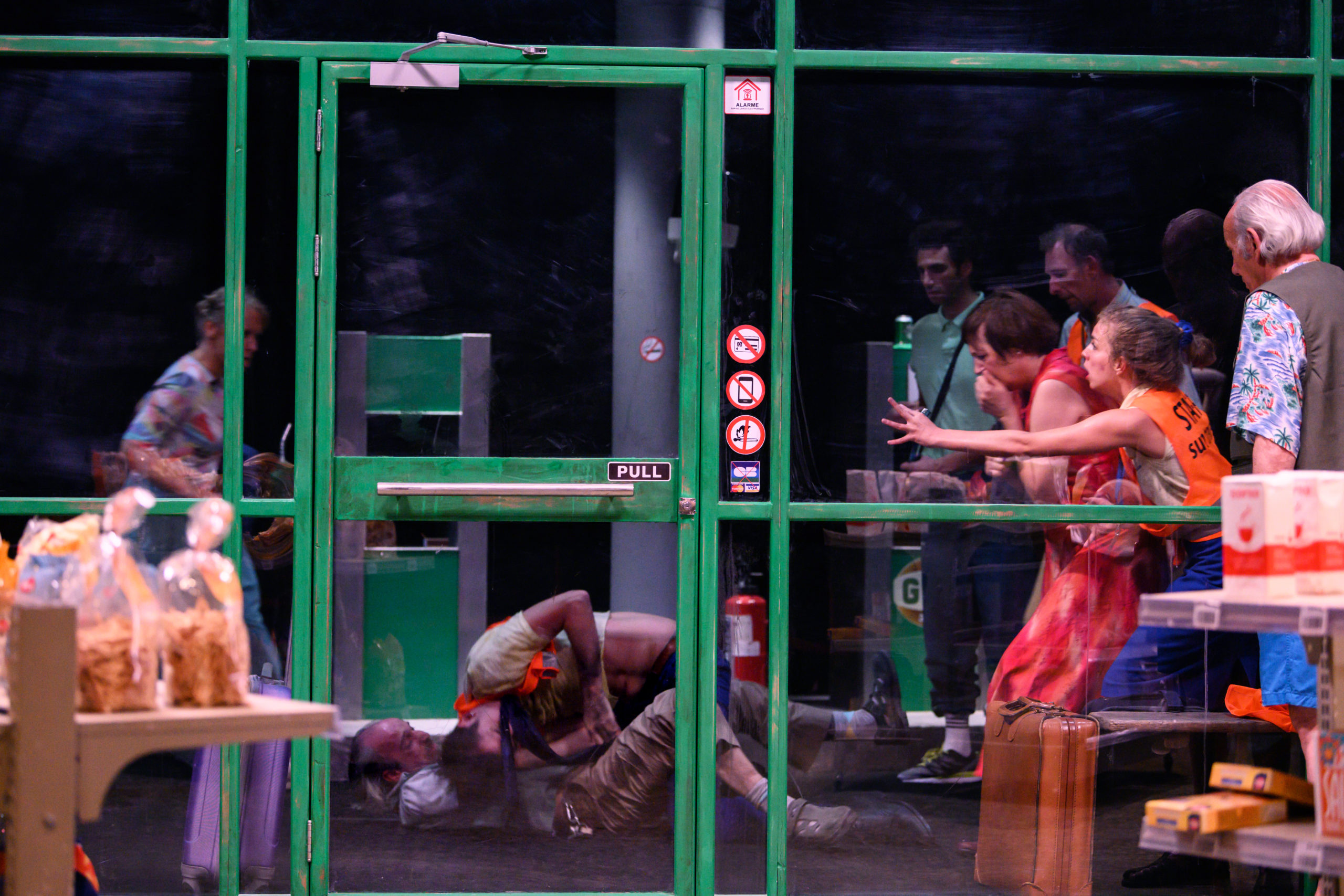 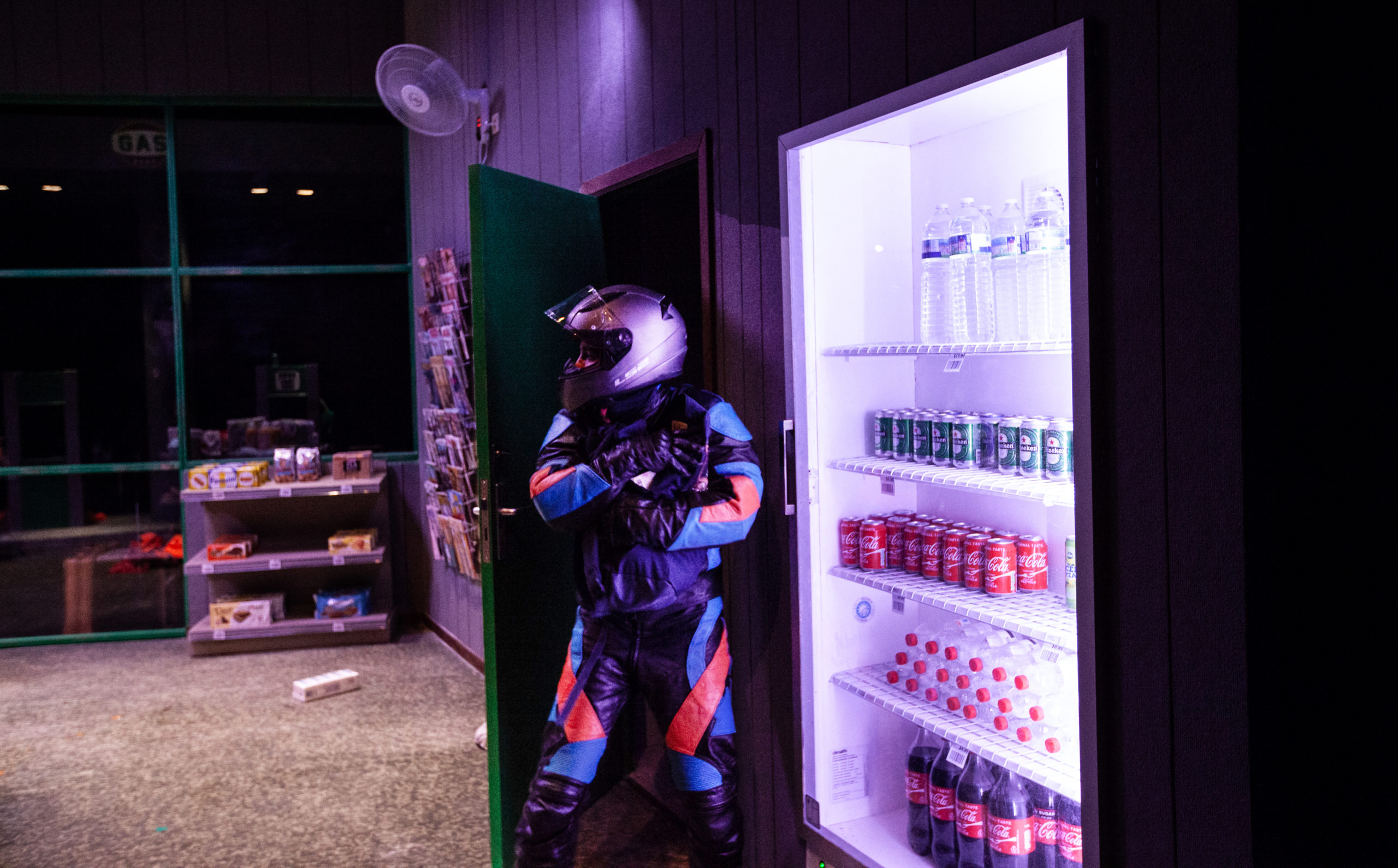 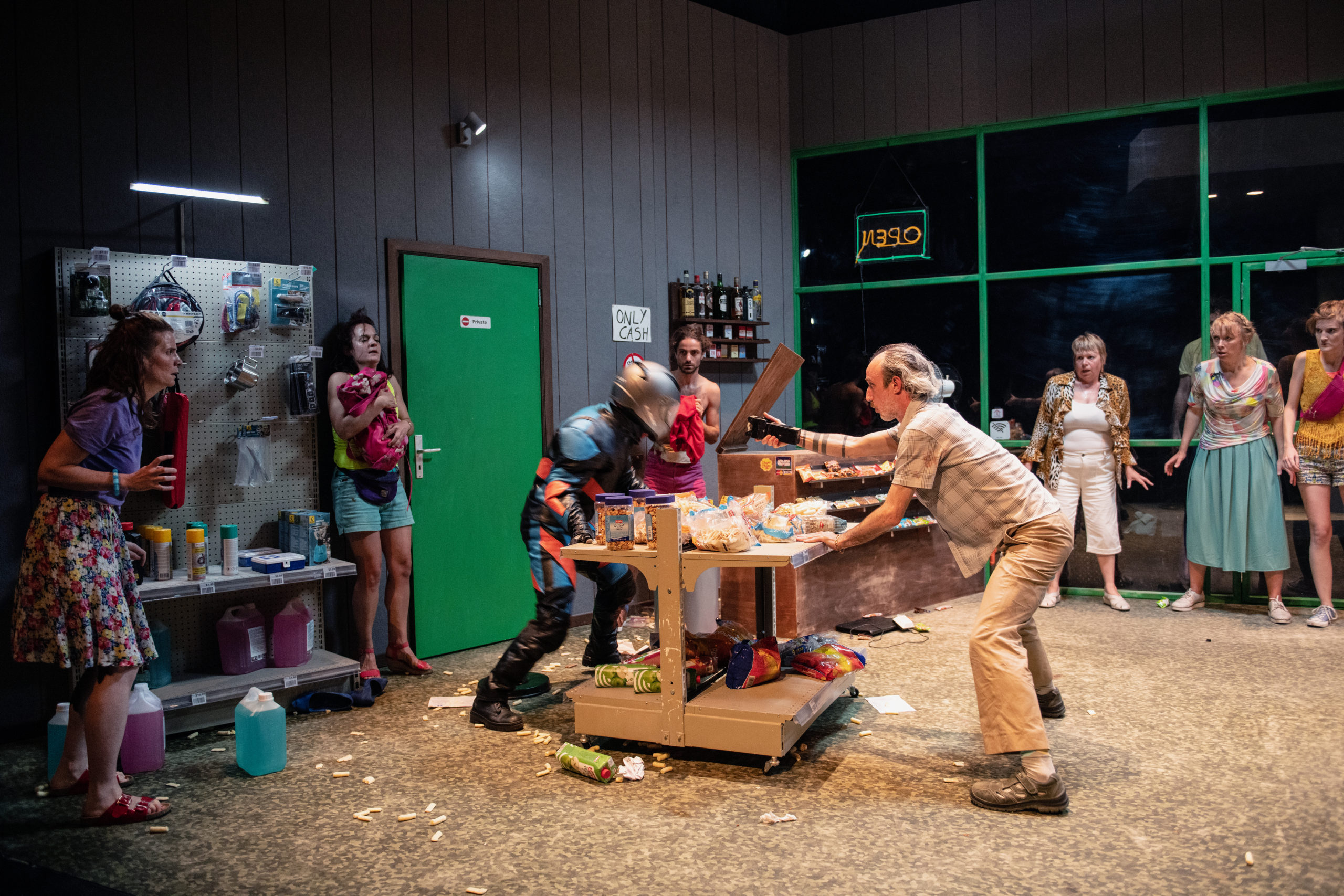 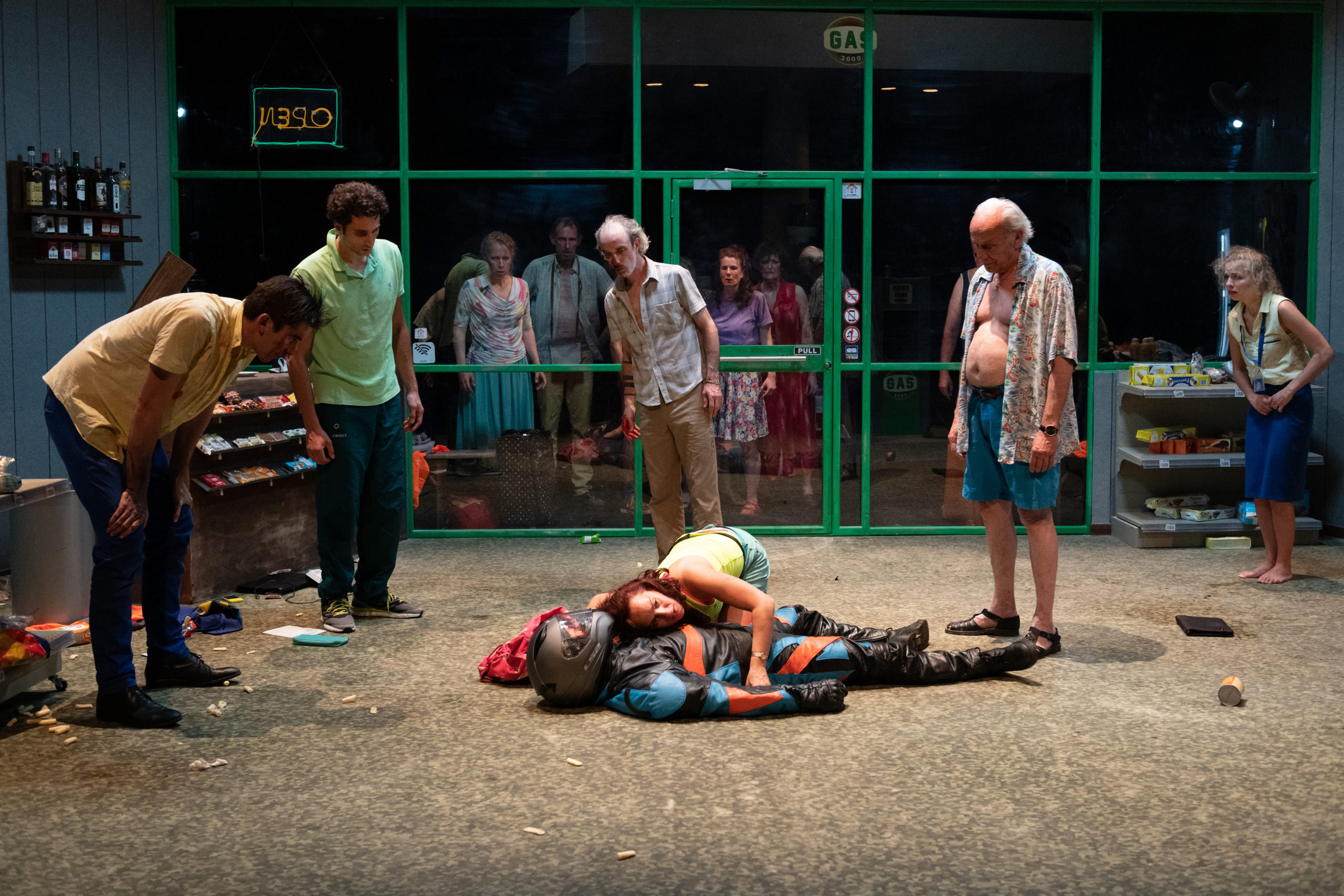 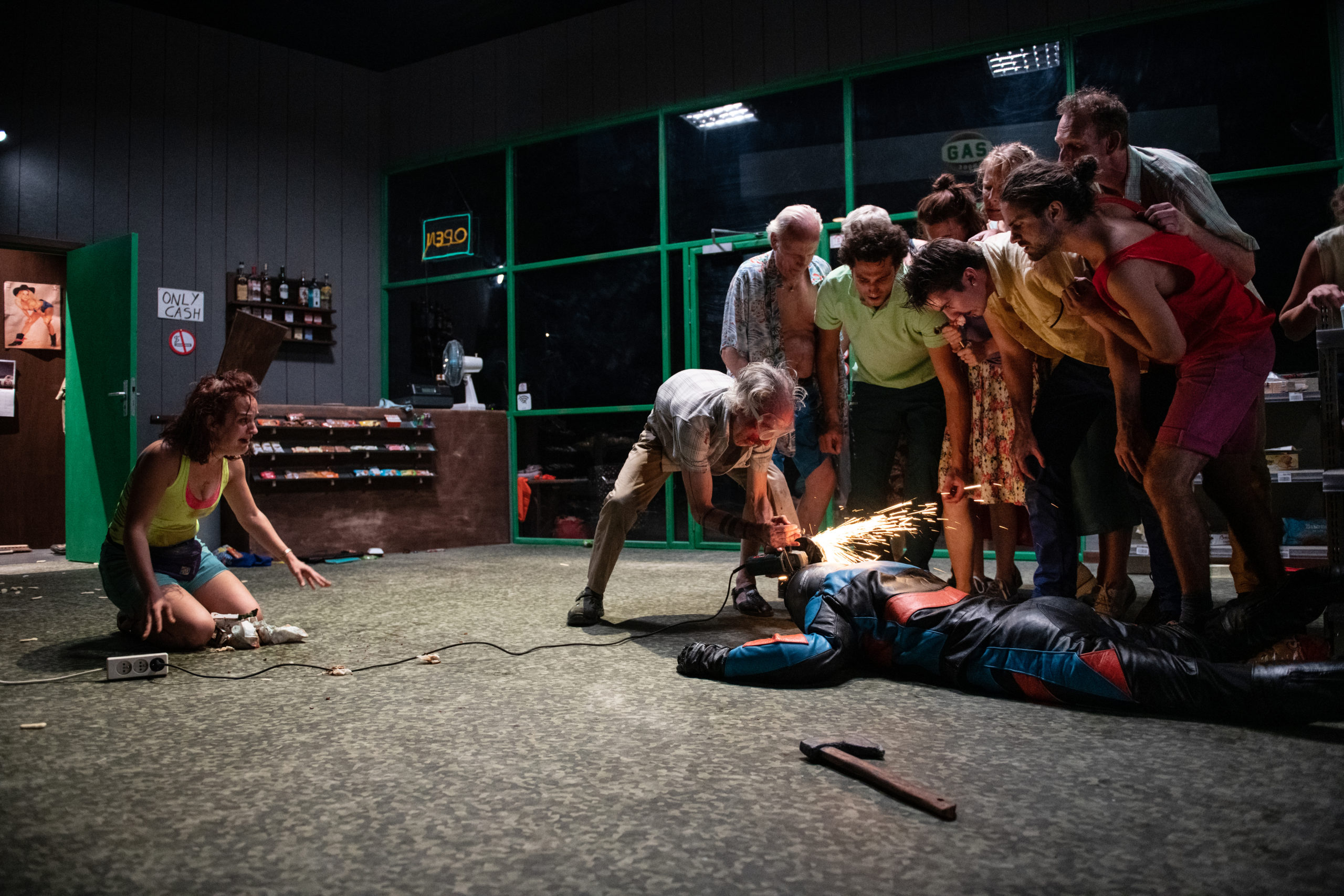 Of all the threats we face, we know that the most formidable one, the only real one, is ourselves.

Through this new play, we continue to examine the questions raised in our earlier projects and explore the role living creatures have in our environment. In our theatrical writing, we work to put life in danger, going to the extremes of humanity and exploring abnormality in order to really drive home how infinitely precarious existence is, how fragile the human condition is. It is as if this act gives us a better understanding of what we are and what drives us. For this project we once again decided to dig down into and dissect the body. In this case, it is about a body that is in danger and evolving in a hostile environment.

Essentially the writing in No one is based on the tension between an individual and a group.

On one hand, our writing is motivated by creating a group that acts unpredictably, including its power and the way it functions. We aim to ascertain the mechanisms in a crowd that lead to the loss of individual responsibility and the identification of a scapegoat. We also examine how the power of a mob mentality can lead to the worst possible outcome: a witch-hunt.

On the other hand, it is important for us to show the aftermath of the witch-hunt. When the violence has abated and the group breaks up, how do its members rationalise their actions? How do they become individuals again and go back to their daily lives?

We researched dramaturgical literature on the figure of the scapegoat and its consequences, as well as looking into material about how mobs act, their power and their psychology. Soon we found ourselves facing a serious of questions with worrying implications for current affairs which clashed with our own values.

How can something so terrible happen?

What is the source of the frenzied, savage character of the mob?

Aren’t we faced with scapegoats and witch-hunts on a daily basis?

Is there ostracism in the media, in politics, online?

What drives these witch-hunts?

How do I fit in to this?

How would I behave if I was the victim or the perpetrator?

What role do I have in this kind of behaviour?

What kind of conscience can I develop, between my own as an individual and that of the group?

Now we are convinced that we need to learn how to think by ourselves and for ourselves as part of a collective conscience. For us it is crucial that we question our individual responsibilities within groups and that is why we launched our new piece: No one. Our production aims to be a visceral and existential experience designed to keep indifference at bay. We believe that theatre has a responsibility to elicit a human response. “By using powerful aesthetic triggers, theatre confronts the limits of human experience and gives rise to extreme situations which make the audience revisit the founding principles of what it means to be human.”

From 24 September to 5 October at Théâtre Les Tanneurs
Tour: 16 October at the Centre Culturel de Huy
19 and 20 November at the Maison de la Culture in Tournai / NEXT Festival