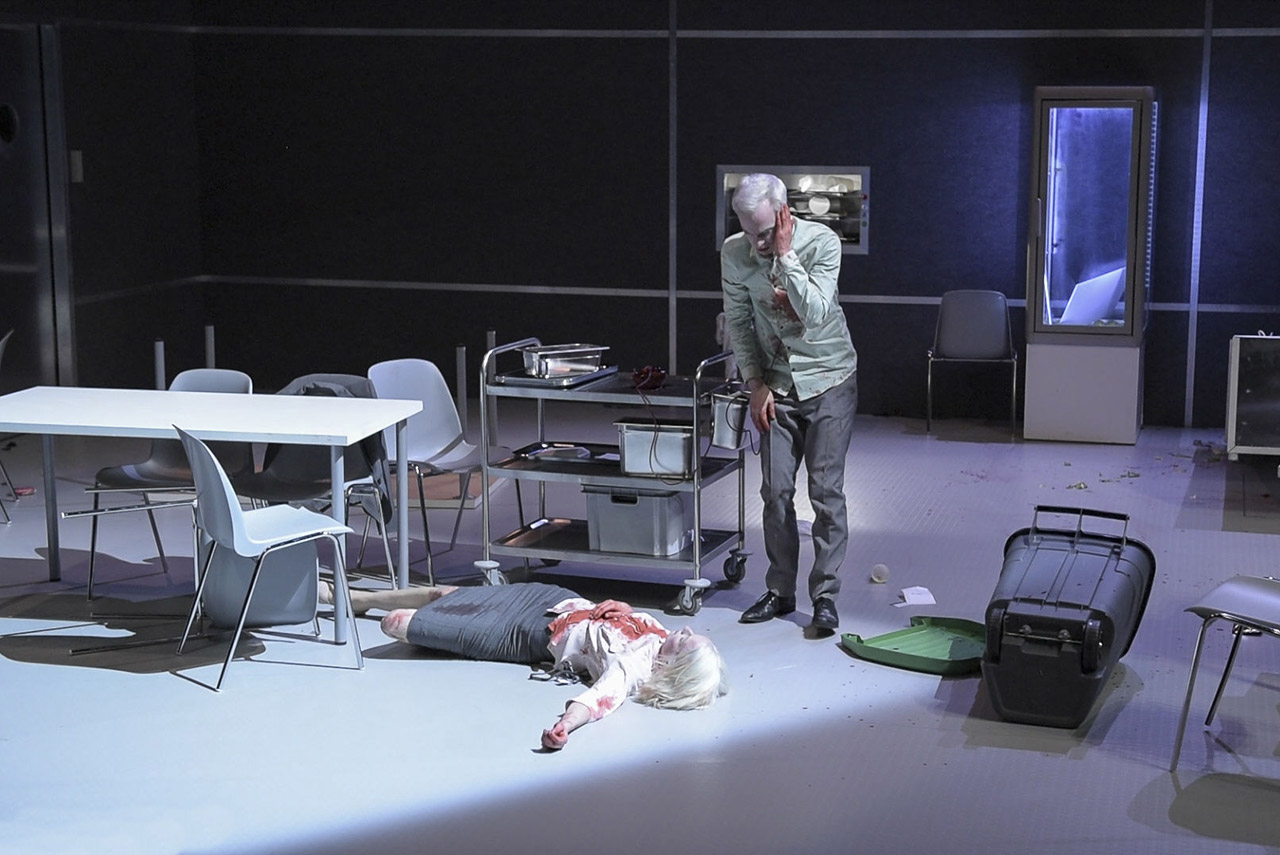 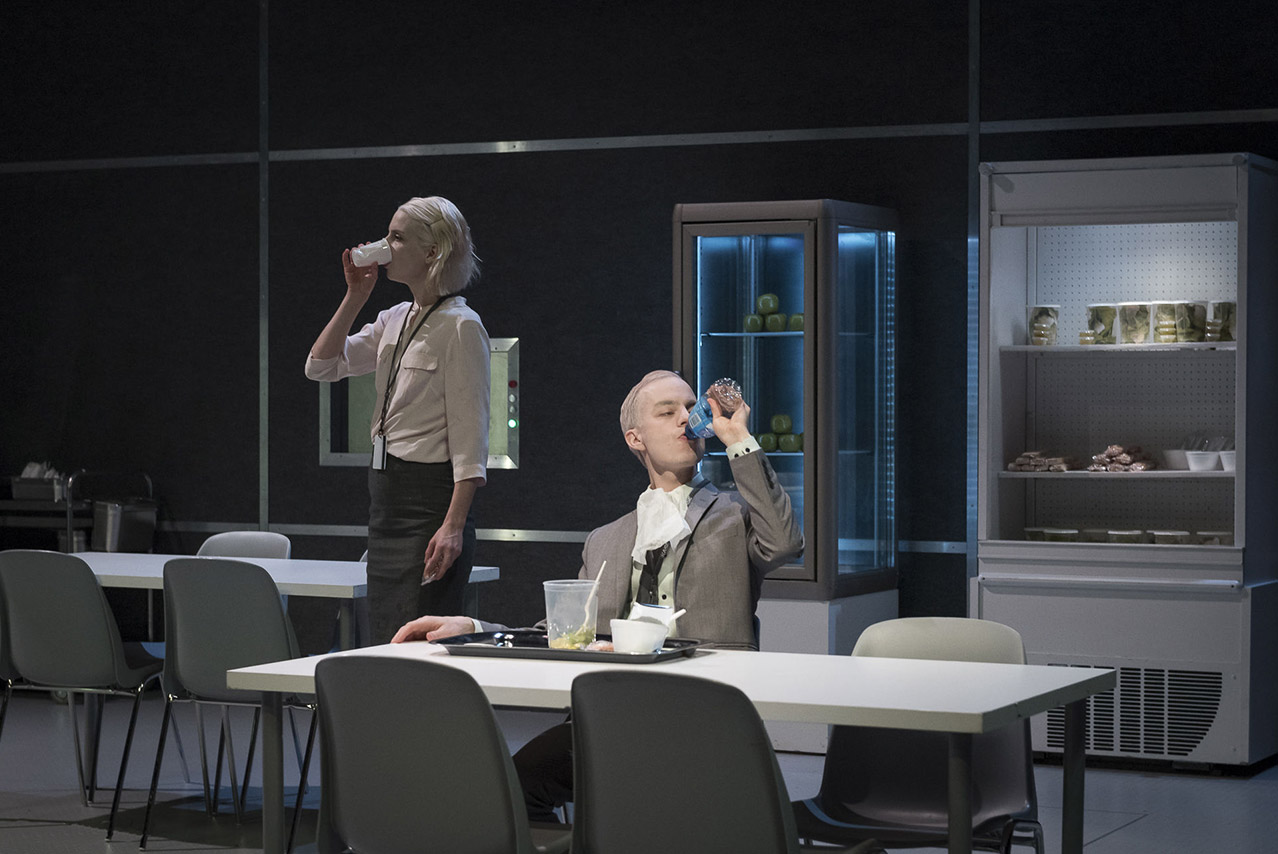 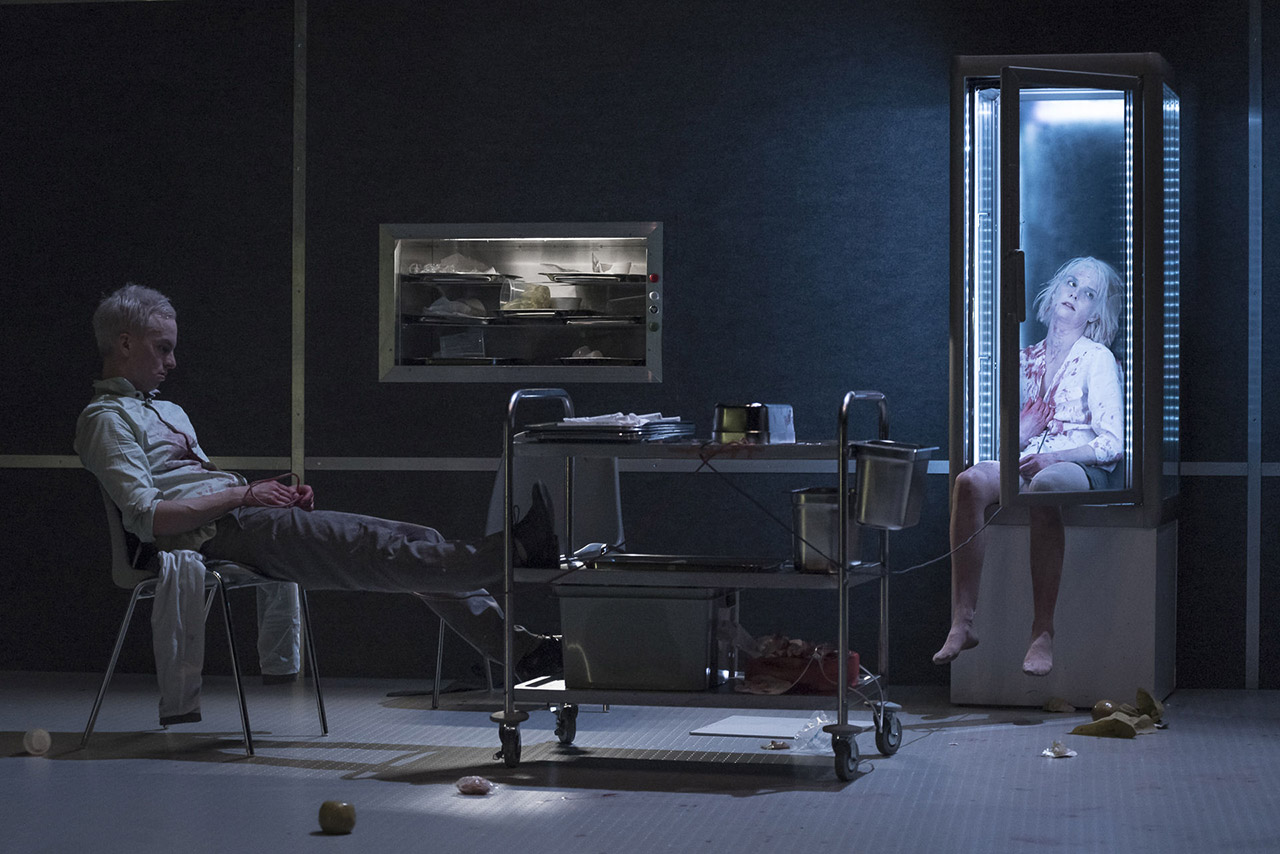 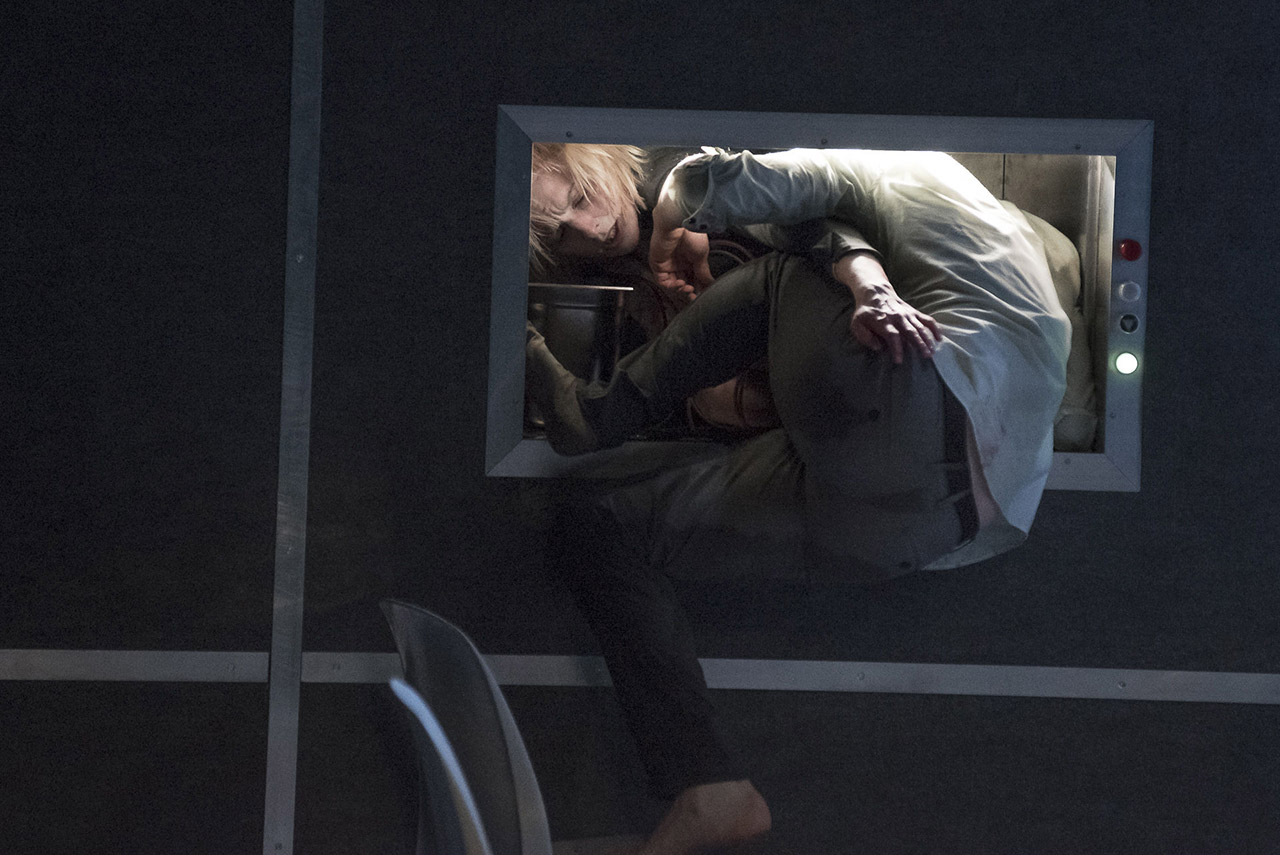 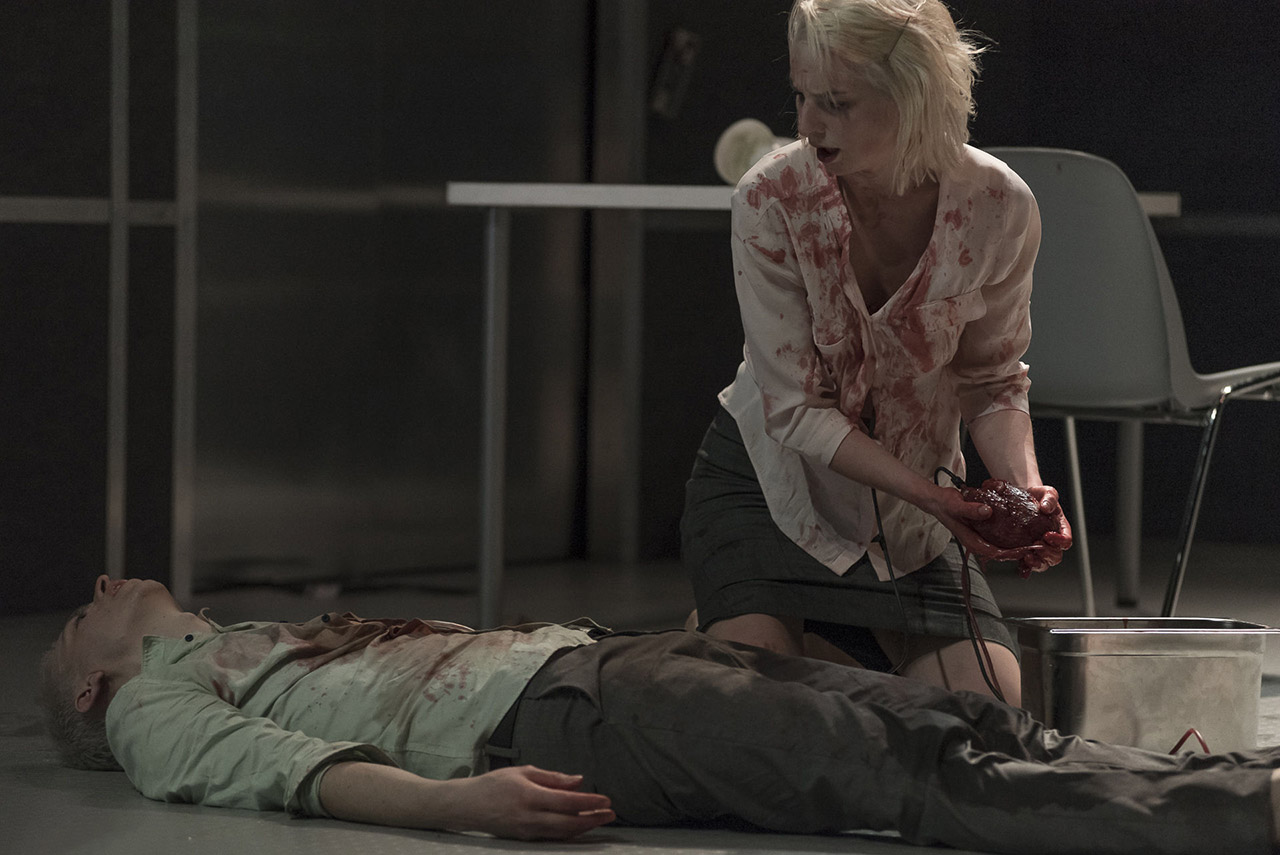 Following the short version of Frozen created at the XS Festival 2015, Compagnie3637 are delighted to present the long version.

Marta and Angus are two very similar, drab office workers. It is lunchtime and they are eating in the company canteen. Their sterile, automated world seems unalterable, until Marta opens the fridge and to her horror discovers a beating, bleeding heart.

Frozen is a show written without a word of dialogue, and is extremely visual and story-like, combining a brisk pace with strong imagery. The play constantly demands the audience members to be active viewers, stimulating their critical thinking and forcing them to dissect the unlikely story unfolding before their eyes.

In a captivatingly claustrophobic atmosphere, the two protagonists are able to say much about the human condition, and how we are alternately animalistic, united, selfish, intimate and shameless. Compagnie3637 invites us into a hyper-realistic tale made of flesh and blood. Frozen is an incredibly fascinating story that pulses with life.

The creation of the long version of Frozen allowed us to further question our relationship with the world, and more precisely the place of living creatures in our lives and environment, as well as the fragility of the human condition.

These themes come to our attention because of they obviously needed to be broached, and fast. It is vital for us that humanity takes centre stage in our theatre. It is as though this gesture allows us to have a broader understanding of who we are and what drives us. Without connections, how can we find our place in a world that is often dehumanised, or even “frozen”? What kind of identity can we create for ourselves?

In Frozen, a beating heart in the sterile world of a company canteen both troubles and fascinates the viewer in equal measure. On stage, the characters react violently to this organic interruption, and they abruptly rediscover their status as carnal beings driven by instinct. We want to use this as a starting point to bring the characters, and also the audience, beyond animalistic responses and towards a human connection.

That’s why we decided to focus the project’s writing around the question of a disembodied world. By returning to the living, how can we rediscover the need and the capacity to relate to others, the need for humanity ? In short, are humans still able to live with each other?

The cult of productivity which rules our contemporary societies tends towards an artificial world, distanced from reality, life and daily routine. It generates an increasingly disembodied world, defined by concepts like competition and individualism.

Our performance-focused societies reject illness, weakness and death. Celebrating the cult of competition between individuals, the world turns its back on social problems, human relationships, weaknesses and all kinds of vulnerabilities without kindness and respect for others. The old adage, “Man is a wolf to man” comes to mind. Like a wolf, modern man develops and evolves in our towns’ overly functional spaces, in the emptiness that surrounds the cube-like buildings in a sterile place.

In the play, we want to blood to flow but not for the sake of a gory aesthetic. We want to sully the stage with this near-existential turmoil, caused by transgressing the limits of the human body. In doing so, we wish to examine the role of the human and get to the human heart, the muscular organ which acts as nature’s motor, beating more than 100,000 times a day.

With Frozen, we propose to turn the image on its head and distort its hypnotic power.